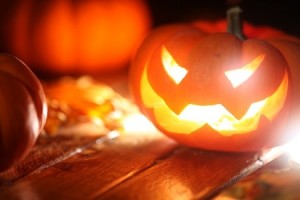 In our last post, dental implants Berkeley, CA provider Dr. Dailley and the rest of his staff raved about the local food truck festival that was happening right here in town. Today, in the spirit of both food and Halloween, we want to talk a little about the pumpkin, its role in the season and the surprising oral health benefits it possesses.

The Legend of Stingy Jack

The practice of carving jack-o-lanterns during October is a Halloween tradition you would have to be living under a rock not to be familiar with. Every year across the nation pumpkin patches are set up, corn mazes built, and the fronts of grocery stores turn a shade of orange as these famous gourds are stacked in mounds for people to pick through.

But who is responsible for this tradition? And why do we still take part in it today? Well, apparently it’s all thanks to a man named Jack.

Jack Gets A Drink With the Devil

According to Irish folklore, the practice of carving pumpkins originated from a myth about a man named “Stingy Jack.” The story tells of how Stingy Jack invited the devil to share a drink with him. Of course, as his name suggests, Stingy Jack didn’t want to pay for his drink. Jack convinced the devil to turn himself into a coin that he could buy their drinks with. The devil agreed, but instead of buying drinks, Stingy Jack decided to keep the coin and placed it in his pocket next to a silver cross. This prevented the devil from changing back into his true form.

However, it seems that the devil in this legend was rather gullible because just after Jack’s one-year contract with him had passed, Jack tricked the devil again! This time, he convinced the devil to climb up a tree and pick a piece of fruit. While the devil was in the tree, Jack carved a cross into the tree’s bark, preventing him from being able to climb down. Again the devil was stuck, and Jack did not let him climb down until he agreed to leave him alone for another ten years.

Jack Dies and A Legend is Born

It was not long after this though that Jack died. According to legend God had been watching Jack this entire time and, upon seeing what a scoundrel he was, refused to let him into heaven. The devil, upset by all the tricks Jack had played on him, kept his word to Jack and then some by refusing to let Jack enter Hell as well. Instead, the devil sent Jack off into the night with nothing but a lit coal to light his way, dooming him to wander the earth forever.

Jack placed the lit coal into a turnip he had carved out, in an attempt to make a lantern, and has been wondering around aimlessly ever since. The Irish soon began to regard this ghost as “Jack of the Lantern” which soon turned into “Jack O’Lantern.”

As a tradition, people across Ireland and Scotland began creating their own versions of Jack’s lantern by carving out turnips or potatoes and placing them on their doorsteps and near windows to ward off evil spirits. When this tradition made its way over to America people soon found that pumpkins, which are a fruit native to the United States, made for the perfect Jack-o-Lantern.

So, What Does All This Have to Do with My Teeth?

Well, hang on a minute. We’re getting there.

When you carve a pumpkin, part of the process is removing the seeds and pulp from the inside. However, it just so happened that pumpkin seeds are full of phosphorous, and vitamins A, D, E, and K. Phosphorus and calcium actually need vitamins A and D in order for our cells to produce a protein called osteocalcin. Osteocalcin is responsible for depositing the previously mentioned phosphorus and calcium into our teeth and bones.

This year instead of tossing those pumpkin seeds out, wash them in the sink, spread them out on a cookie sheet, sprinkle a little salt on them, roast them, and eat them!

So, there you have it, folks! That’s how carving pumpkins not only gets you into the Halloween spirit but aids your oral health as well!

Until next time readers, happy hauntings and keep smiling.