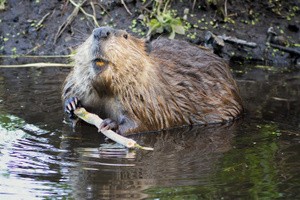 What if we told you that there might be new and improved methods for preventing tooth decay might be on the horizon? What if there were a way to prevent people from needing dental implants due to tooth decay all together? Would you be interested? We’re sure our patients that are having to finance their own dental implants would be especially interested in this. Well, dental implants Berkeley CA dentist Dr. Dailley and the rest of his staff at Anthony Dailley, DDS are thrilled to share some possible groundbreaking new news with you.

And it’s all thanks to beavers.

At least this is the information that has surmised in a report submitted by a team of researchers at a Northwestern University. According to the report, it appears beavers may have a natural defence against decay and enamel erosion built right into their teeth. Like super teeth!

Now before you roll your eyes and write this post off as being something out of a bad sci-fi movie (because we wouldn’t really blame you if you did) at least give us a chance to explain. We have a point, we promise.

Think about something for a moment. What is it that beavers do all day? The swim in rivers, creeks and streams. They build dams. And, oh yea, they gnaw through the trunks of trees. On a daily basis.

If this wasn’t mind-boggling enough, consider this; a beaver will go its entire life without ever brushing its teeth a single time. It will also never undergo any type of fluoride treatments aimed at strengthening the state of its enamel. Despite all this, a beaver will die with a strong set of teeth still firmly rooted in its jaw.

So how is this possible? Why doesn’t a beaver’s enamel erode the same way a human’s would if they even tried to spend a few days chewing through wood? Why don’t their teeth give way to decay like our would if we tried to go even a few years without brushing our teeth? All of this just seems completely unfair. How did beavers land on the upside of biology’s enamel lottery? And can we harness these super teeth powers for ourselves?

It appears the group of researchers at the above mentioned Northwestern University were pondering these same questions because they decided to go out and get some answers. Boy did they find them. We could say they struck gold, but that would be a lie. What the researchers really struck was iron. Iron and a little bit of magnesium to be exact.

Apparently beaver’s teeth are structured in layers of  hydroxylapatite “nanowires.” However, don’t get impressed yet because this is not the part which allows them the super strength beaver teeth boast. humans have nanowires in the structure of their teeth too. It’s in the material surrounding those nanowires that traces of amorphous minerals rich in iron and magnesium can be found.

“A beaver’s teeth are chemically different from ours, not structurally different,” Derk Joester, the team’s leading researcher, explains. “Biology has shown us a way to improve our enamel. The strategy of what we call ‘grain boundary engineering’ — focusing on the area surrounding the nanowires — lights the way in which we could improve our current treatment with fluoride.”

and there you have it! It’s not fantasy, it’s not Sci-Fi, it’s science!

Here’s hoping new and improved methods of preventing tooth decay are just around the corner.

Until next time readers, keep smiling.